Who are the Braggs?

The Australian Bragg Centre is named in honour of Adelaide-born physicist Sir William Lawrence Bragg and his father Sir William Henry Bragg who together won the Nobel Prize for Physics in 1915.

Sir William was born in Westward, England in 1862 and moved to Adelaide after earning the position of Elder Professor of Mathematics and Experimental Physics at the University of Adelaide in 1885.

Sir Lawrence Bragg was born in Adelaide in 1890. He was just 25 years old when he won the Nobel Prize for Physics with his father – still the youngest ever to earn the honour. 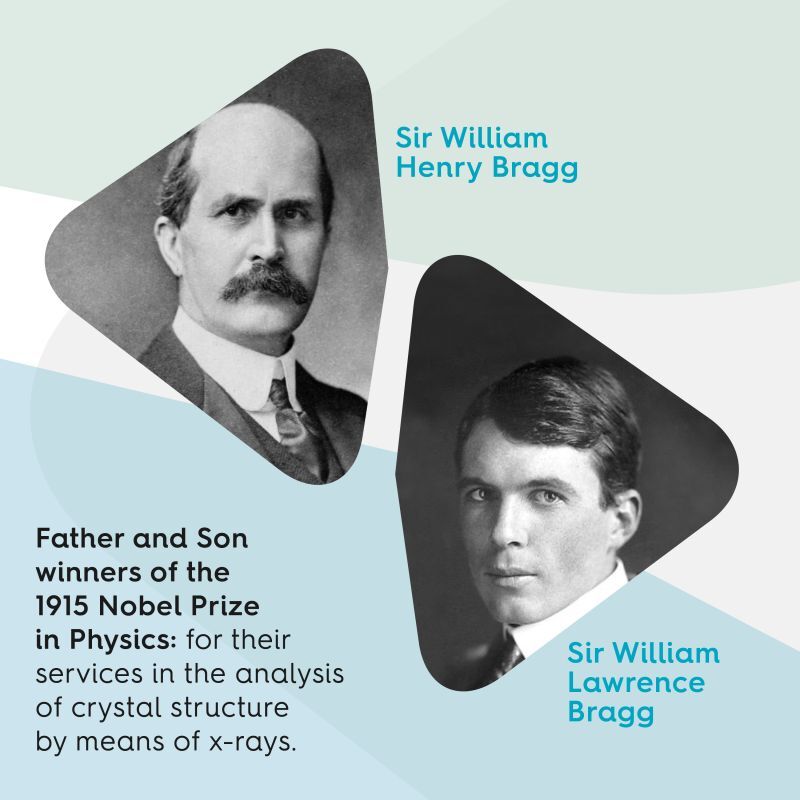 The Braggs won their Nobel Prize for ‘services in the analysis of crystal structure by means of x-ray’. It was work that created the new science of x-ray crystallography.

Earlier, in 1904, Sir William Bragg published his discovery of the ‘Bragg Peak’, which describes where the maximum energy of a proton beam will be deposited. This discovery is the foundation of proton therapy’s capacity to deliver highly targeted radiation that minimises damage to surrounding healthy tissues.

The mineral braggite is also named after the Braggs. It is a sulphide mineral consisting of platinum, palladium and nickel. It was the first mineral to be discovered using x-ray methods alone, hence why its discoverers named it after the Braggs.